The Gielgud Theatre hosts Ben Elton's stage version of his acclaimed TV show, Upstart Crow. David Mitchell stars as the Bard himself in what is Mitchell's debut stage performance – although you would never have guessed. Gemma Whelan as Kate, Rob Rouse as Bottom and Steven Spiers playing Burbage are all cast members from the original television series.

This all-new stage adventure will not disappoint.

It's time to pull up your "puffling pants" and have a "futtingly" good night out. Rouse is outstanding as Bottom. His dry delivery and sarcastic tones which bring Shakespeare sharply back to reality are superbly delivered; he is my star of the show. The ever-growing costume worn by Dr John Hall (Mark Heap) raised many laughs as he desperately tried to woo Kate by showing off his exaggerated "Coddington".

The quick-witted comedy you expect from Elton runs throughout this incredibly funny stage production. Predictably he writes much social commentary into the plot with jibes at how some groups are treated by the theatrical establishment. Public transport, for instance, gets the Upstart treatment when our hero has to take a replacement donkey service. These anachronistic gems are liberally scattered within the text and you never quite know what will come next.

As far as I could work out every one of Shakespeare's plays was referenced at some point, either in the form of a direct quote or something he was about to write – mocking some of his less successful works as they went along.

Alice Power, the talented lady responsible for set and costume design, has such an eye for detail. The Stratford streets where Shakespeare lived to the internal furnishings at his London lodgings allow you to suspend your disbelief and briefly be transported back to the 16th century.

The BBC television series offers comedy gold over three series, but whether you have watched it or not this all-new stage adventure will not disappoint.

Elaine Chapman is an English Graduate from Winchester University. By day a mother and business owner. By night an avid theatre goer enjoying the world of reviewing theatre and films from an audience perspective.

Ben Elton brings his critically acclaimed and much adored BBC sitcom UPSTART CROW to its natural home, the stage, with an all-new comic play set to delight London’s West End.

Starring David Mitchell, once more donning the bald wig and bardish coddling pouch in his iconic characterisation of Will Shakespeare and Gemma Whelan as the sweet and fragrant Kate.

‘Tis 1605 and England’s greatest playwright is in trouble. Will Shakespeare has produced just two plays; Measure for Measure, which according to King James was incomprehensible bollingbrokes by any measure, and All’s Well That End’s Well which didn’t even end well. Will desperately needs to maketh a brilliant new play to bolster his reputation and avoid being cast aside by King and country. But Will’s personal life is encountering more dramatic twists and turns than any theatrical story he can conjure.

How the futtock can a Bard be expected to find a plot for a play whilst his daughters run amok and his house is used as refuge for any old waif and stray. As time runs out, can Will hold on to his dream of being recognised now and for all time, as indisputably the greatest writer that ever lived, or will family woes thwart Will’s chances of producing his masterwork? 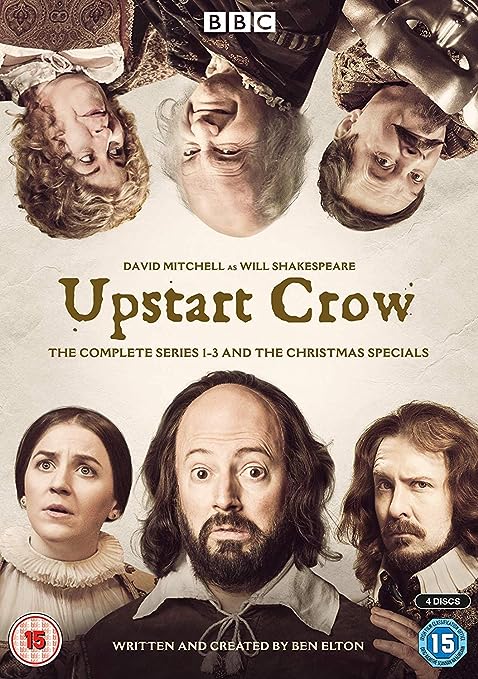