In this science fiction double feature, Christopher Luscombe’s adaptation of Richard O’Brien’s Rocky Horror Show is a fun, mischievous celebration of the cult classic. Full of extreme weirdness, between the songs, costume and set desing, there is a level of corniness that evokes a sense of nostalgia which permeates throughout the show.

On their way to a dinner party, Brad (Richard Meek) and Janet’s (Haley Flaherty) car breaks down in the middle of nowhere. Forced to seek shelter at a nearby castle, the pair meet Frank N Furter (Stephen Webb) and his household and witness the creation of the ‘perfect man’, Rocky (Ben Westhead). Considering the issues and debates that are still being argued today, the Rocky Horror Show is incredibly significant and continues to provide a safe space and protest against conservative values.

A lot of the show's humour depends on a cartoonish overexagegrated portrayal of the past, which is incredibly present in Hugh Durrant’s set. From the picture perfect background at the start to the cross between a hunting lodge and haunted house aesthetic to Frank N Furter’s house and his mad scientist’s lab, there is a retro charm to the design. The presence of a film reel that crosses the top of the set is a constant reminder of the fantastical nature of the science fiction taking place before us, and although it initially creates a distance between us and the actors, which they manage to cross time and time again just by the sheer energy of their performance. Sue Blane’s costumes are recognisable stalwarts that add an additional level of excitment to the performance, from Janet’s pink dress to Frank’s black corset and a gorgeous black velvet cloak that would make the Phantom envious. Despite the uniformity of the costume in some moments, Blane manages to subtly make Frank stand out from the rest.

Overall this is an incredibly strong production; the energy is electric and it takes all of our self-control not to jump up and dance to every song, and not just during The Time Warp. However, the balance between the band and the actors' singing onstage was off, and it was often difficult to hear the lyrics to the songs themselves which contributed to a loss of momentum during Act 2. That coupled with a rather safe rendition of Touch-a, Touch-a, Touch-a, Touch Me contributed to a second half which dragged towards the end and which had noticeably less energy than the first half.

Evry cast member shines in their own particualr way, performing solos that leave us speechless and having such a visible amount of fun that it overwhelms us. The Rocky Horror Show is the culmination of a dialectic between science fiction and gothic horror, which is best indicated in the role of the Narrator, who is played by Jackie Clune. Her give and take with the audience participation is some of the funniest moments in the show, playing to the audience’s sensibilities with her quick repostes and commentary on current affairs. Her matter of fact British humour provides a clear contrast to the chaos of the rest of the show, a truly spectacular performance. Webb is extremely iconic as Frank N Furter, choosing chaos and rolling with it. From his entrance in Sweet Transvestite to I’m Going Home, Webb gives a performance that is just contagious in its energy and generally awe-inspiring, showing all the different sides of this morally dubious character. Suzie McAdam's rendition Science Fiction/Double Feature is just astounding, giving a performance that sets the bar for the rest of the show. The same came be said for Darcy Finden's performance as Columbia in that her sheer liveliness and ability as a performer is incredibly impressive, shining throughout the show to the point where our eyes can't help followng her whenever she is onstage.

Current Masters student at King's College London undertaking a degree in Global Leadership and Peacebuilding. Former publications include Scotsgay Magazine and Young Perspective, as well as publications at the University of Glasgow. Background in classical singing and theatre tech, in particular lighting operating and design.

And Then the Rodeo Burned Down

The Rocky Horror Show is the story of two squeaky clean college kids – Brad and his fiancée Janet. When by a twist of fate, their car breaks down outside a creepy mansion whilst on their way to visit their former college professor, they meet the charismatic Dr Frank’n’Furter. It is an adventure they’ll never forget, filled with fun, frolics, frocks, and frivolity. 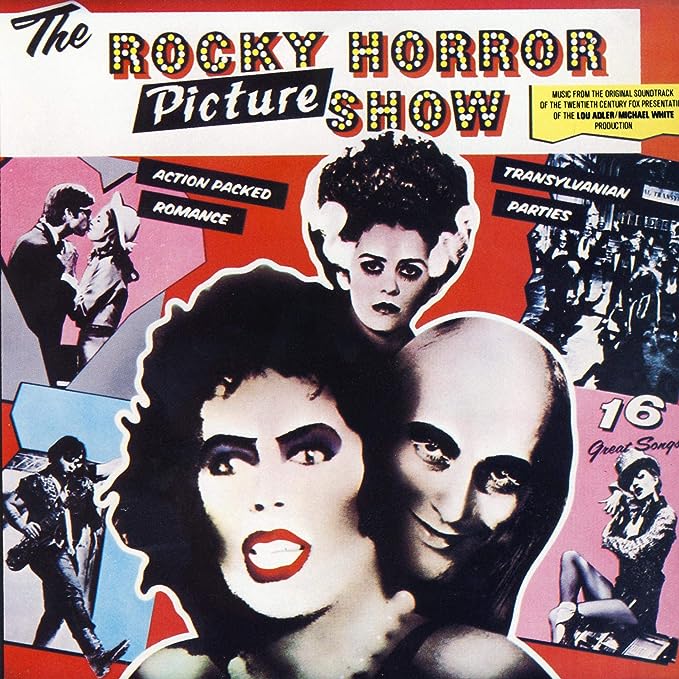