The Light In The Piazza

In 2005, at The Lincoln Center Theater, The Light in the Piazza premiered on Broadway. Fifteen years later it has finally arrived in London, where it is now playing at the Royal Festival Hall for a short run. Described as neither an opera or a musical, The Light in the Piazza declares itself to be in the middle ground as a piece of Music Theatre. With a book by Craig Lucas, and music and lyrics by Adam Guettel, the show has a joyful, golden-age sound full of quaintness and delight.

A joyful, golden-age sound full of quaintness and delight.

Renée Fleming and Dove Cameron lead the cast as mother and daughter - Margaret and Clara. Margaret has brought her daughter, forever destined to be stuck in a teenage state of mind, to Florence. This is the Italian city where Margaret and her husband honeymooned years ago and so she has returned for a vacation, but things take a bad turn when Clara is quickly wooed by Fabrizio, earnestly played by Rob Houchen.

Renée is the true star of the show. On stage for the vast majority of the piece’s run-time of two hours and fifteen minutes, she is a delight to watch and hear. On those rare moments when she is really allowed to soar, with Adam Guettel‘s score, the entire auditorium warmly embraced every note. Dove Cameron was a bit of a revelation for me; having previously seen some of her TV work I was pleasantly surprised by her vocal tone, which greatly suited her portrayal of Clara and she certainly proved herself capable of sharing a stage with Renée Fleming. However, for all their prowess as singers, the emotional turmoil of the two central characters never really got off the ground.

The only character whose passion really showed was Fabrizio. Rob Houchen‘s portrayal was exciting and vivid, even though the character’s slightly stalkerish behaviour was very questionable by today’s standards and it was somewhat startling that this was never questioned by any other character.

Played by Alex Jennings, the role of Fabrizio’s father was confused. It seemed that the writer was ultimately unsure if he was to be a friend or foe. It must be pointed out that the story was originally published as a short novel by Elizabeth Spencer so I do not know why, on stage, it was so drastically unclear what this important character was there to represent.

A special mention must go to Fabrizio’s brother and sister-in-law played by Liam Tamne and Celinde Schoenmaker. Celinde, in particular, had a great moment in the first act with one of the more difficult solo pieces in the show and Liam’s comic moments helped raise the mood when everything else was starting to feel slightly stale.

The set was exquisitely decorated with Italian renaissance features and had a giant crumbling statue dominating one half of the stage; yet this felt at odds with the large orchestra, propped up very visibly above and behind it, so that the audience were never allowed to feel fully transported to Firenze. The set also remained the same throughout and therefore the only signs to point out changes in place or time were props and lighting. It must be said that the lighting design by Mark Henderson and Mick Potter’s sound design were both truly fantastic. Often in theatre, with an orchestra of this size playing over dialogue, speech would be lost but the team made sure we were able to hear every word, even if a lot of it needed translating from Italian! The orchestra themselves, conducted by Kimberly Grigsby, sounded delightful.

All in all, it was a very lovely piece of theatre and, ultimately, this is why it sadly falls, lost, somewhere between the two theatrical categories the show longs to be a part of. The Light in the Piazza does not have the grandeur, or scale, of a full-blown opera, but it also lacks the emotional beating heart of a musical. The entire plot could frustratingly have taken place in the first scene alone. Everything after this felt tacked on but if you want to hear some of the greatest singers perform wonderful material whilst you have a smile on your face throughout then you will not go wrong with a trip to The Royal Festival Hall.

Theatre Professional with experience on and off the stage

A Letter to Harvey Milk - The Musical

Upstairs at the Gatehouse

Based on the novella by Elizabeth Spencer, The Light in the Piazza is written by Craig Lucas, with music and lyrics by Adam Guettel. Set in Florence during the summer of 1953, it’s a touching and heart-wrenching love story with music described by the New York Times as “the most intensely romantic score of any musical since West Side Story”. The Light in the Piazza’s rich, emotional score is totally unique genre amongst Broadway musicals. Unapologetically lyrical and romantic 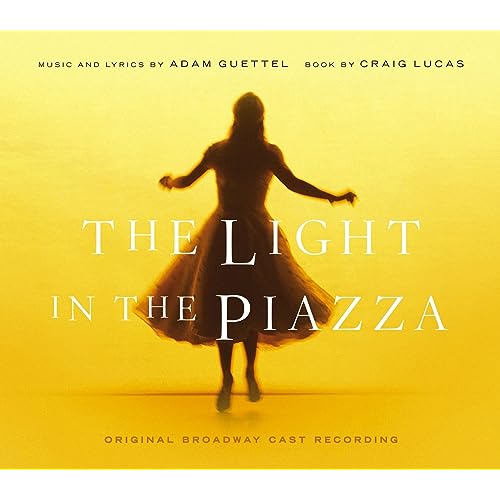