The opening minute or so of

A feel-good, rocking, riotous night that warms the cockles and keeps you smiling long into the journey home.

I must be one of the few audience members who haven't seen the 2003 film – and clear Jack Black vehicle – on which this show is based so can't say how many of the gags are taken directly from that script. But Glenn Slater's lyrics and Julian Fellowes' (very non-Downton) book feels fresh, natural and cleverly appeals to both parents and kids – pushing the boundaries with quick cheeky references to drugs, alcohol and sex to raise the odd gasp but not jar with the youngsters. And it's pretty much written for failed rockstar turned inspirational if unconventional teacher Dewey Finn – with David Flynn owning the gags as if improvising much of the show and driving most of the laughs.

It's pretty standard fair for a musical even though the treatment makes it feel new. Misfit Dewey dreams of being atop Mount Rock until he misappropriates a job teaching at the exclusive Horace Green school – going from slacking to caring about and inspiring the bunch of classical music loving children in his class. In doing so, his 'journey' fulfils not only his own dreams of rock stardom but also their adolescent yearnings to be heard. With lots of standing on desks, mutual encouragement and showing his ability to "touch the children" (for that is the knowing humour), what we have here is Dead Poet's Society on a high-octane drug trip.

It takes a little while for the energy to kick in as the scenes quickly keep changing on the stage's revolve in order to set up the needs that Dewey and the children need to be fulfilled. But when we get to the proper rock numbers – classically singalong and constantly reprised You're in the Band, School of Rock and anti-establishment anthem Stick It to the Man – where the kids demonstrate guitar riffs, drum solos and keyboard magic, you have to be stoically miserable not to get caught up in the infectiousness of the fun that they (corralled by Fynn himself) are clearly having.

It's at it's best in the ensemble pieces and big numbers that can't fail to make you smile and sing along. In contrast, the smaller scenes and solos – for the most part – slightly deflate that energy, other than in a standout performance by Florence Andrews as stuck-up (but secretly rocking) headmistress Rosalie Mullins who delivers a delicately believable take on what could be a two-dimensional character. She also has a beautifully classic voice singing Mozart that turns into a gorgeously rocking lament in Where Did the Rock Go. Whilst not the much-lauded children or comedy-line awarded Fynn/Finn, for me, she gives some of the show's most moving, fun and powerful musical moments.

But clearly the show hangs on the performances of the young cast. There are 39 10-12 year olds in the cast – 13 on stage each night – and it's a miserable old critic who would knock their obvious talent. So I may be controversial here but I think there's a fine line between "stage school tits and teeth" performing and actual acting and reacting. The best Billys and Matildas work by being the latter and not just expecting to be appreciated for being young. In the cast I saw here, there were moments of clearly "blocked" unnatural moves and staged facial expressions that need to be allowed for or forgiven to stop them detracting from the pure enjoyment and fun.

Merely pointing out these things probably make me 'the Man' that we all want to 'Stick It to', but I think it's the nature of such shows that you need to consider as to whether it's the taste of you as an audience member. Whilst most of us lap it up – rightly – there were a few who agreed with this unsaid fact and secretly sloped away at the interval. The children are a key selling point and so I suggest criticism should be allowed and accepted. That said, there is enough pure energy, excitement and happiness abounding throughout the whole theatre for it to be impossible not to wish you too could have a place in the School of Rock – a feel-good, rocking, riotous night that warms the cockles and keeps you smiling long into the journey home.

Simon's favourite place in London is the South Bank, which is rather fortunate. He's there quite a lot, providing BroadwayBaby.com's coverage of the National Theatre's programme. Not afraid to speak his mind, his reviews have occasionally caused chagrin. He has been described on social media as "a middle-class t**t", an "illiterate racist" and "cold and cruel". Often being misunderstood can cause Simon some concern, but rarely regret. Simon is also the Managing Director of 1 Extra Word, a marketing agency that helps businesses do better marketing with copywriting, consultancy and client service. Find out how they can help you market your business human at www.1ExtraWord.com

Blues for an Alabama Sky

The Corn is Green

Following its triumphant Broadway opening Andrew Lloyd Webber has announced that the West End production of School of Rock - The Musical will open in London in Spring 2017. Dates for the West End run will be confirmed in the New Year with details of when the production will go on sale.
Andrew Lloyd Webber said: “I am thrilled to announce that we are confirming a West End production of School of Rock – The Musical. We have had such a great time in the US staging the world premiere and now that we have opened on Broadway, I am delighted to be focussing on the next chapter in the show’s journey.”
Based on the smash hit 2003 film of the same title, School of Rock features music by Andrew Lloyd Webber and lyricist Glenn Slater and a book by Julian Fellowes.
Down-on-his-luck wannabe rock star Dewey Finn poses as a substitute teacher at a prestigious prep school to make ends meet. When he discovers his students’ musical talents, he enlists his fifth-graders to form a rock group and conquer the Battle of the Bands. 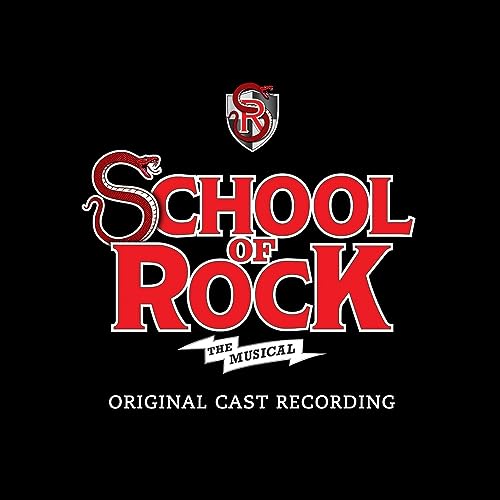 It's time for our massive annual sale, with deals on many of the West End's biggest shows, savings of over 50% and tickets from just £10.

The most enjoyable few hours money can buy
★★★★★

A triumph for Andrew Lloyd Webber as King of hit musicals
★★★★

A big hearted show. Loud and cheeky, a feel-good experience with a hint of anarchic wildness
★★★★