Sondheim at the Fringe is a double edged sword. He doesn't write material that's easy to do, but that's also why hard-core musical fans flock to him in droves. However, Sondheim done bad is not a pleasant experience. I once got burnt at the Fringe by a production of

The cast dazzle with their technical ability and interpretation of the characters.

So what of Putting It Together, full on, no excuses Sondheim if ever there was one. At the Fringe it's being done by a group from Cambridge University, but before you write it off, this production is surprisingly good. Amazingly good, even. The show itself is a musical review (not revue, as our cast point out in the opening gambit). The plot, such as it is, follows the lives of two couples and their relationships over a number of decades using Sondheim classics such as Pretty Women, Hello Little Girl and Getting Married Today to unravel the story. The cast – three boys and two girls – dazzle with their technical ability and interpretation of the characters. The minimal set, and challenging space at C Too, do not detract from the stunning performances that hit you one after another like a steam train.

If I had one erk with the show, it would be that because the house was so full, and the voices were un-amplified, some of the more delicate numbers were difficult to make out when the performer wasn't facing you.

I laughed, I cheered. I bought another ticket. 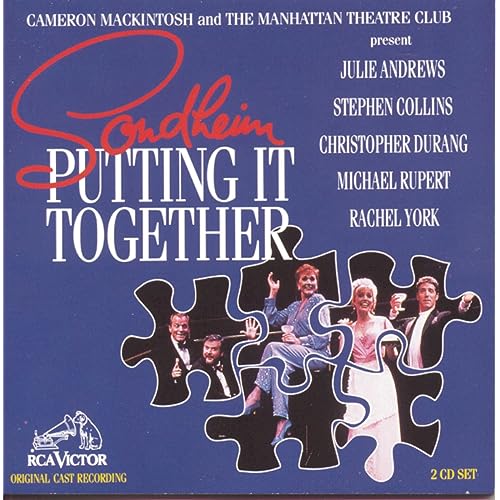