Immediate, powerful and highly relatable for anyone that has questioned their own abilities.

Rachmaninoff had found fame with Prelude in C-sharp minor, composed when he was just 19, but a poor debut performance of his Symphony No 1 received vicious reviews – probably because the under rehearsed conductor Alexander Glazunov was drunk. This dragged Rachmaninoff into a three-year spiral of depression during which he wrote almost nothing until his cousin (and fiancée) Natalya encouraged him to visit a hypnotherapist. This is where Malloy picks up the story. Theoretically, one would assume that Preludes is set around the turn of the 20th century. Well, it is, and it isn’t. We are in Rachmaninoff’s head – a no-man’s land. A place outside of time. An ethereal dream-like world created out of the past and the present, and the future and all the times in-between.

The show begins on Rach’s first visit to his therapist trying to find out “what happened three years ago?” Rach can barely talk at first until he tumbles into the opening number that meticulously describes the hollow hours of his daily routine. It’s a musical mash up of classical and contemporary over a pulsing heartbeat that gives the first indication that this is not your mother’s musical. Indeed Malloy assembles a veritable hoard of musical styles that shouldn’t work but just do. The closing song of Act I, Natalya, seamlessly combines a relentless melodic refrain with the hauntingly romantic Piano Concerto No 2 and followed at the start of Act II with an electro-synth number that wouldn’t be out of place in hard rock band Lordi’s playlist – costume included.

You’ll have gathered by now that Preludes isn’t a dry recital. It’s immediate, powerful and highly relatable for anyone that has questioned their own abilities. It recounts the pre-history of Rachmaninoff’s three-year depression to eventually answer Dahl’s question. What happened three years ago? “I failed” Rach says so gut-wrenchingly simply. It’s an astonishingly powerful moment.

Rebecca Brower’s set and Christopher Nairne’s lighting emphasis the conflict in Rach’s mind. A grand piano sits on a smashed parquet floor framed by a series of LED-lit angular surrounds that recede upstage creating an Escher-style 3D effect that makes you feel like you’re falling into this dream. Alex Sutton’s direction never loses your focus, playing with the light and shade of Malloy’s piece like a master puppeteer. But it’s the star-making performance of Keith Ramsay that truly astounded me. Ramsay’s emotion is raw and visceral and at turns delicately tender with an authentic nervous chuckle. It’s a cliché I know, but I literally couldn’t take my eyes off of him.

Ramsey’s triumph doesn’t distract from powerhouse performances elsewhere on stage. This is Tom Noyes’ professional debut and has to be one of the most accomplished I have seen. As well as being a truly outstanding musician he is also able to be incredibly in-the-moment and act alongside a very experienced cast in those rare and beautiful moments where he is noticed by the other performers. The wondrous Rebecca Caine was more than capable of keeping up with Ramsay’s wild state. As the ever-calming guide through the production her observations and questions always shining a torch through the mist, to help Rach recover his mind and creative passion.

Preludes may share some DNA with Stephen Sondheim’s discordant Sunday In The Park With George, but Preludes brings us something completely new and I can honestly say it’s the best thing I’ve seen this year and seriously doubt I’ll see anything better before the year is out.

Theatre Professional with experience on and off the stage

Only An Octave Apart

A Letter to Harvey Milk - The Musical

Sergei Rachmaninoff has it all; world-wide fame from a single composition by the age of 19, commissioned to write his first symphony at 20 and engaged to the love of his life, Natalya. But at 21 he is crippled with a depressive paranoia and anxiety. His world has imploded, his work has stopped, he cannot even lift a pencil to compose a simple melody. Such is the power of the men who sought to destroy him, who haunt his waking nightmares and poison his dreams. And when those men happen to be the greatest artists of their day, how do you come back, how do you escape the darkness and come into the light?

Based on a true story of Rachmaninoff’s sessions of hypnotherapy, Preludes is an extraordinary new musical by three-time Tony Award-nominee Dave Malloy. It examines the crippling debilitation and harm the world can do to people, and how the dramatic and musical process can be used as therapy to restore them back into the fullest of creative lives.

Using live piano and electronics, Malloy uses a hybrid of his own and Rachmaninoff’s compositions to create a dream-like world that takes us to the darkest recesses of Rachmaninoff’s mind.

Dave Malloy is a composer and writer of some of the most exciting new music theatre works. His best-known piece, Natasha Pierre & the Great Comet of 1812, based on War and Peace, started at Ars Nova in New York before transferring to Broadway’s Imperial Theatre where it played to huge critical and audience acclaim and was nominated for 12 Tony Awards, the highest number of nominations in the 2017 awards season, including Best Musical. 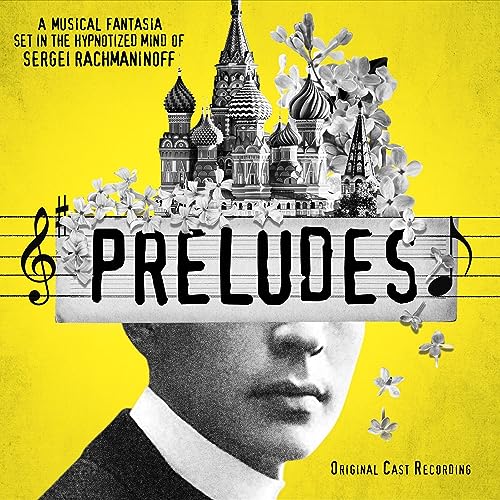 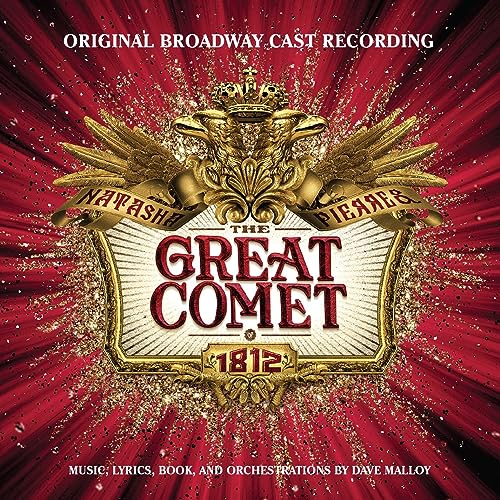