Set in the shadow of Brooklyn Bridge on a shabby corner, Brooklyn The Musical is a play-within-a-play staged by a rag-tag bunch of street performers who call themselves the City Weeds. Described throughout as a ‘fairy tale’, they’re here to tell us the story of Brooklyn (Hiba Elchikhe), a Parisian ‘orphan’ whose mother Faith (Sabrina Aloueche) hung herself after the disappearance of her American father Taylor (John Addison), presumed dead in the Vietnam War. Brooklyn discovers she has a prodigious singing talent that takes her to New York in search of who her father was. And this is just the first twenty minutes or so.

The cast and creative team are doing some of their best work – I just think they’re doing it in the wrong show.

Brooklyn’s arrival and rising fame in the New York borough that she was named after causes conflict with fading diva Paradice (Emily-Mae) who challenges our heroine to a winner-takes-all sing off at Madison Square Gardens. But where’s the jeopardy? If Brooklyn wins the contest she says she’ll give the money to charity; if she loses, well, meh.

I wanted to love it. Justin William’s set design is gorgeous and detailed – highly ambitious for Greenwich. Jack Weir’s lighting is clever and cuts no corners. Andrew Johnson’s sound is crystal clear, balancing the live band with the vocals perfectly. And talking of the band (hidden behind a cloth, stage right), there’s six of them! Rarely do we get treated to such indulgences away from the West End. The high production values are obvious but not gaudy; the cast and creative team are doing some of their best work – I just think they’re doing it in the wrong show. There’s probably a reason this hasn’t played in Europe since it closed on Broadway in 2005.

The first act is thick with exposition. The conceit of a play-within-a-play partly excuses this, as a street singer (Andrew Patrick-Walker) narrates us through the backstory, but it’s still a bit of a slog through. Then there’s Mark Schoenfeld and Barri McPherson’s heavily vocalised score which is loud and sung with admirable passion, but just a bit too saccharine and relentless in an X-Factor wannabe kind of way. The second act gets better, with songs in a more traditional musical vibe and one particularly note-stretching number that Jennifer Hudson would be proud of, but I never really found a connection with misty-eyed Brooklyn who’d found success before the end of Act I and her panto villain counterpart Paradice, who was never a threat anyway.

There’s a twist at the end (that in true reviewer’s code I can’t reveal), but it just raises a thought that either there’s more to Brooklyn’s story that we weren’t told, or she never really loved her father anyway. So much for a happy ending.

BROOKLYN originally opened in Denver in 2003 before transferring to New York in 2004 starring Kevin Anderson, Eden Espinosa and Karen Olivo. This September, the European Premiere will open at Greenwich Theatre, starring Hiba Elchikhe (direct from playing Princess Jasmine in the Australian Premier of Disney's ALADDIN) and John Addison (direct from his hilarious turn as Theo in the West End production of Andrew Lloyd Webber's SCHOOL OF ROCK).

The show also features Andrew Patrick-Walker (Bat Out of Hell), Sabrina Aloueche (We Will Rock You) and Emily-Mae (The Producers).

BROOKLYN THE MUSICAL is a story within a story. A touching ‘sidewalk fairytale’ about a band of soulful street singers who meet up to share stories from their lives. The story tonight: a young Parisian coming to America to search for fame and the father she never knew and the journey she embarks upon to find the soul of the city that bears her name.

With an incredible mix of rock, pop and soul -- and featuring the smash hit songs 'Once Upon a Time', 'I Never Knew His Name', 'Superlover', 'Raven' and 'Heart Behind These Hands' -- these stories interweave to create an inspiring and touching musical that celebrates the high-spirited energy of New York City.

Brooklyn has a book, lyrics and music by Mark Schoenfeld and Barri McPherson. The duo wrote the musical after Schoenfeld fell on hard times and McPherson, a friend from his past, heard him singing on the street one day. She invited him to live in her home and the two of them subsequently wrote Brooklyn. 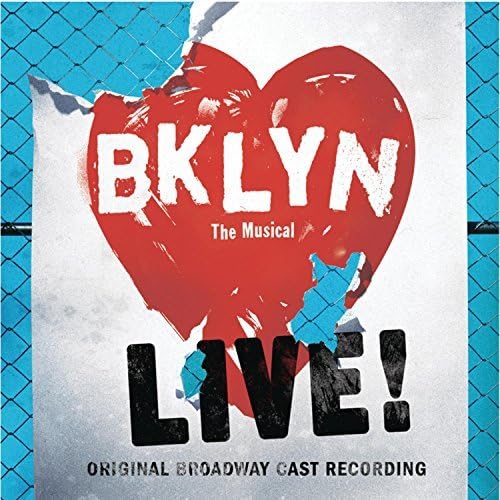