The Fringe through the lens of my iPhone camera

It’s the 1st of September, and as I nurse a Fringe closing party hangover it’s the photos on my iPhone that bring back some of the highlights of the month. 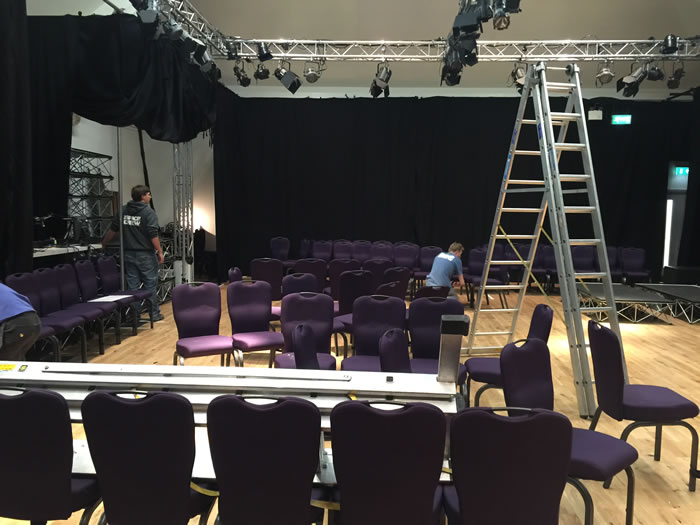 Looking back through the photo stream to the beginning of August, theSpace’s head honcho Charles Pamment gave me a tour of his new Triplex venue whilst under construction. The building – a huge unused language school on Hill Place – houses a 130-seater main space and 60-seater studio, but has the room for plenty more. It’s the sort of pop-up venue that C would kill for before developers finally come along and turn it into an Ibis Hotel. 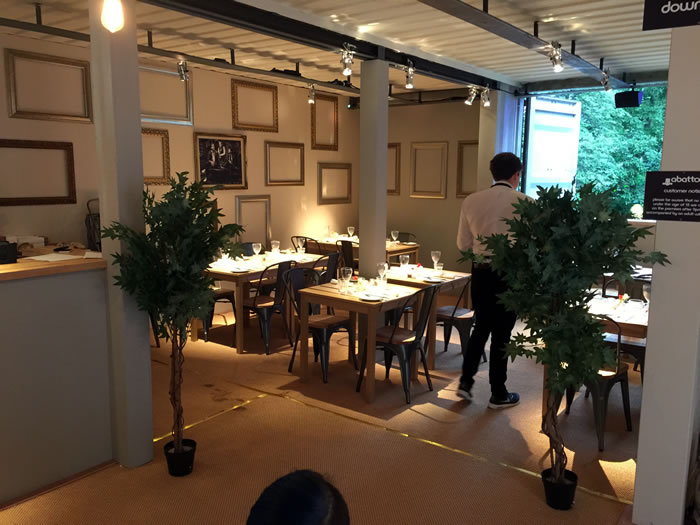 The development at McEwan Hall was a constant source of navigational irritation. It also meant the purple cow had to be pushed behind the Assembly campus on George Square. My initial reaction pre-Festival was that would probably be a death knell for Underbelly’s lauded Abattoir members bar since Edinburgh’s elite wouldn’t be able to fall out of The Loft or Brooke’s straight into it. As it turns out, Ed and Charlie took the opportunity of upgrading Abattoir yet again and made it worth the walk. They even put a restaurant in it. But it still leaked in the rain. 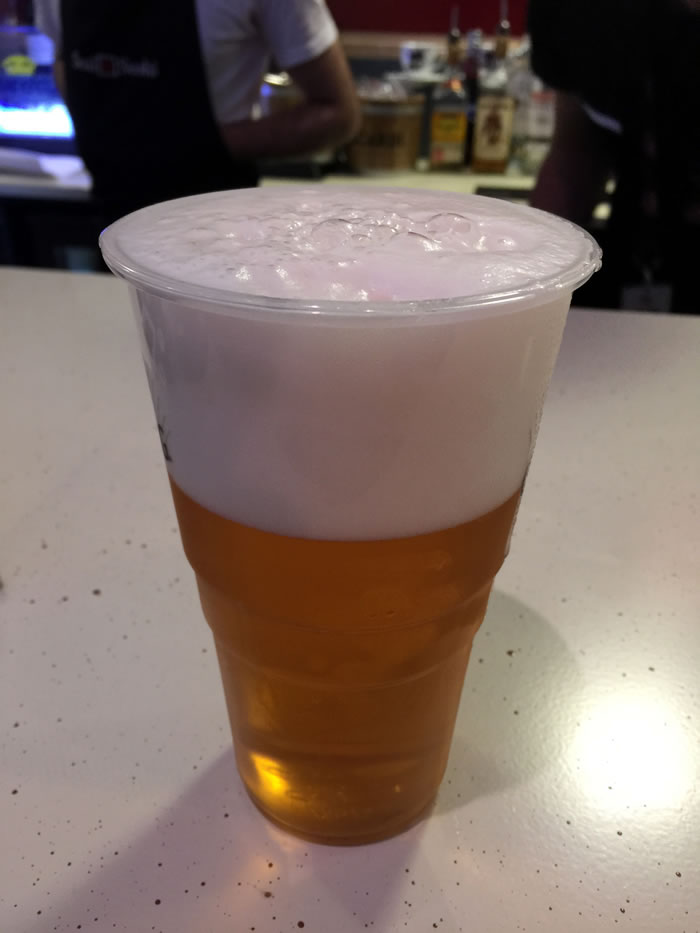 This beauty was served to me on the opening day of the Fringe, making me wonder whether training for bar staff is essentially “stand there and take their money.” 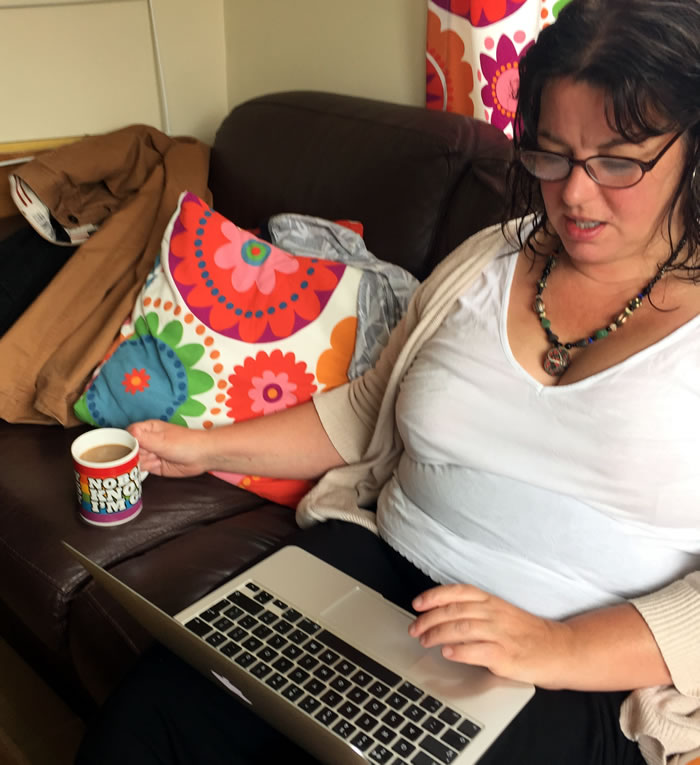 In previous years I’ve rented a ridiculously overpriced flat with no telly or internet. It’s the Edinburgh way. But this year I decided to save a small fortune and stay with friends. This was made all the more pleasant since the other houseguest was Claire Smith from The Scotsman (that being her full appellation these days). Well I say houseguest. Technically Claire was living in a tent in the back garden. 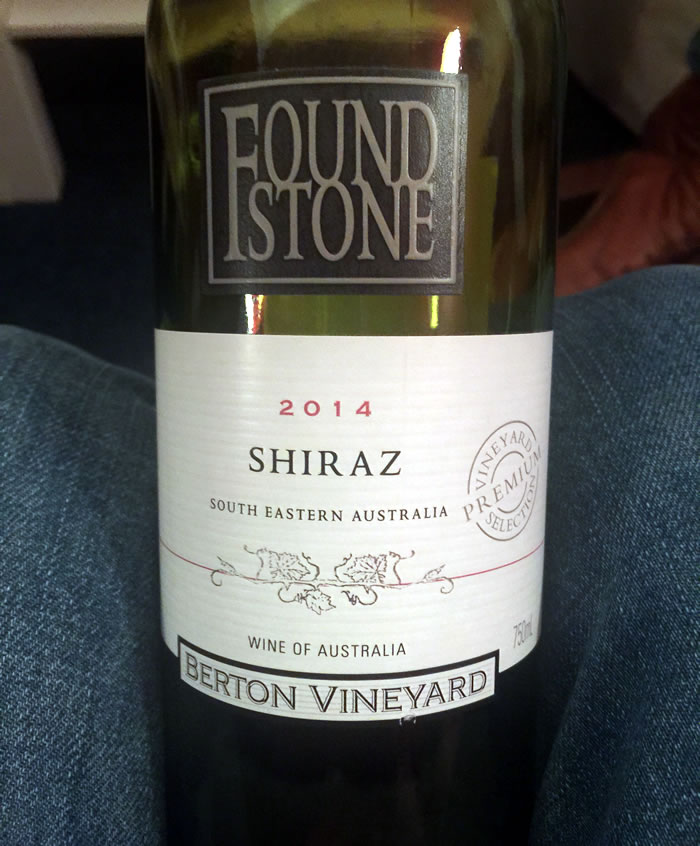 C venues decided to go a bit fancy hosting several wine tasting events to thirsty journalists. I admit I’m more of a cooking lager man myself, but it’s rude to turn down a free bevvy. So, the advice of my uneducated palette is steer clear of the the Viognier, it’s way too much like grape juice (although technically I know it is grape juice), but the Shiraz – a South East Australian Berton Vineyard was absolutely delicious and smelt to me like chocolate cake. It only took me a few bottles for me to come to this conclusion, including the one Hartley sent me home with. Hic. 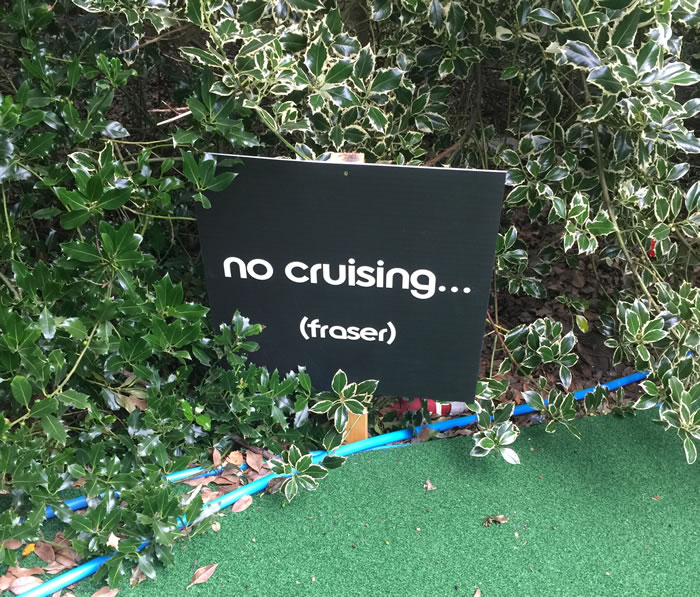 Back at Underbelly, I don’t know whether this was Ed or Charlie’s wheeze, but this particular in-joke tickled me. I’d only seen Underbelly’s PR overload Fraser Smith once this year, so I can only guess at what prompted this signage going up at the entrance to Abattoir, but knowing Fraser there were probably reasonable grounds. 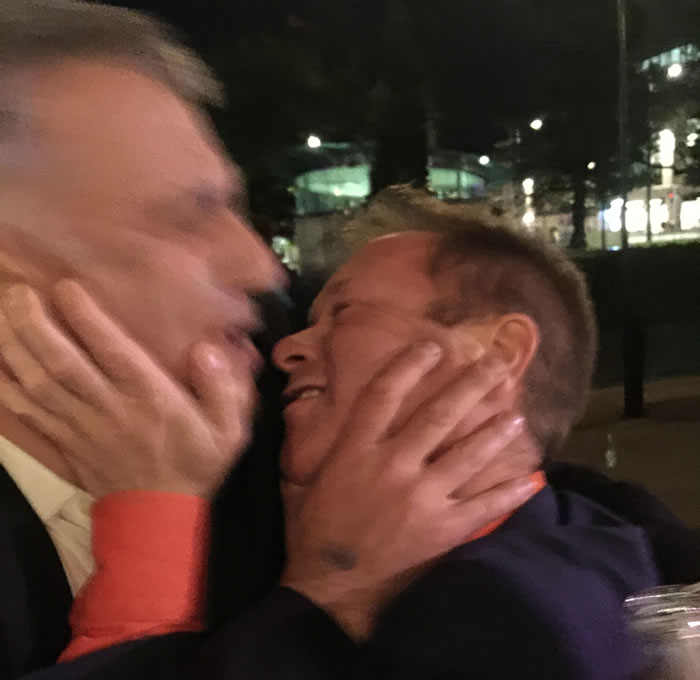 And so to the cause of my current hangover. Whilst Edinburgh was collectively oo-ing and ah-ing over the impressive fireworks, The Stand and Assembly Rooms were having a knees up to celebrate getting through it with only minor cuts and scrapes. This particular gem is comic Lewis Schaffer getting to grips with Kevin Farrell of Worbey and Farrell fame. I think they were going for tongue action at the time, although in this shot it looks a bit more like strangulation. They’re terribly good friends really.

And so that was my Edinburgh for another year. I managed to see a total of four shows (the rest of the time spent reading and editing reviews). For Broadway Baby it’s generally been a good festival. Fringe Pig didn’t hate us too much and even offered some praise stating we “showed a dispiriting degree of professionalism.” To be fair it was probably because Mumble was making itself far too easy a target for the stuffed toys, and that took the heat off us. Thanks Mumble.

They wait 114 years to win the Scottish Cup and then they win a Bobby!

For Queen And Country to reopen at the King's Head Theatre

Looking to catch ‘em all while in Edinburgh? Well you’re in luck.

On the Mic Edinburgh podcast: #AdventureQuestPlay

Steffan Alun: Everything You Feel In Edinburgh Is A Lie

Round two from our stand-up columnist Steffan Alun. This week he writes about how the performance space effects comedy routines (or, should effect comedy routines) and how everything is different in Edinburgh.